Described by FATEA as 'atmospheric heaven' and by Bright Young Folk as 'super talented'; Threaded will take you on a journey through a roller coaster of emotions and musical imagery, with copious amounts of reflection and participation, and you will be left 'feeling fresh, elated and eager for more.' (Folk Radio UK). 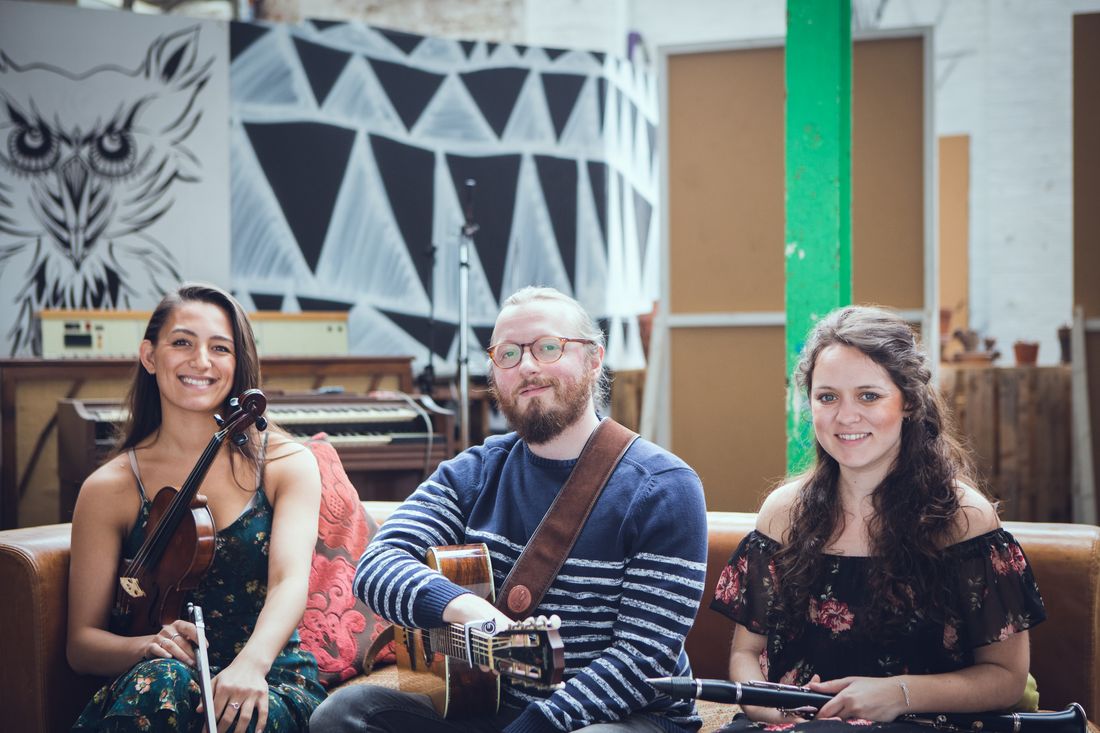 Threaded are an acoustic trio that create and perform original instrumentals and self-penned songs, inspired by world folk culture and re-imagined for a contemporary audience.

Threaded is the 'impressive talent' (Folk Radio UK), of Jamie Rutherford (guitar/lead vocals), Ning- ning Li (violin/vocals) and Rosie Bott (clarinet/vocals). Their first two albums, Fair Winds & Following Seas (2017) and 'of what we spoke' in (2015), were received with great critical acclaim and their third studio album is set to be released later this year.

Threaded’s show is full to the brim of energy, emotion, passion and reflection, delivered with an outstanding level of musicianship. From foot-stomping jigs to poignant ayres and soulful songs, Threaded’s set has something for everyone.

Threaded have recently been working with theatre company; Red Earth Theatre, on their production 'Soonchild'. They have composed the score, and will be performing it live when it tours nationally in 2019/2020. Red Earth Theatre create shows which are accessible to the d/Deaf community, and research into how Threaded make the music accessible too has been kindly supported by Arts Council England.

'They are to be greatly applauded for the entirely self-penned compositions that they have come up with, and for the most impressive breadth of style they demonstrate.' (R2 Rock 'n' Reel)

'With their own impressive talent to underpin their passion for musical exploration, [and] seemingly endless capacity to create music and song that appeals across multiple audiences' (Folk Radio UK)